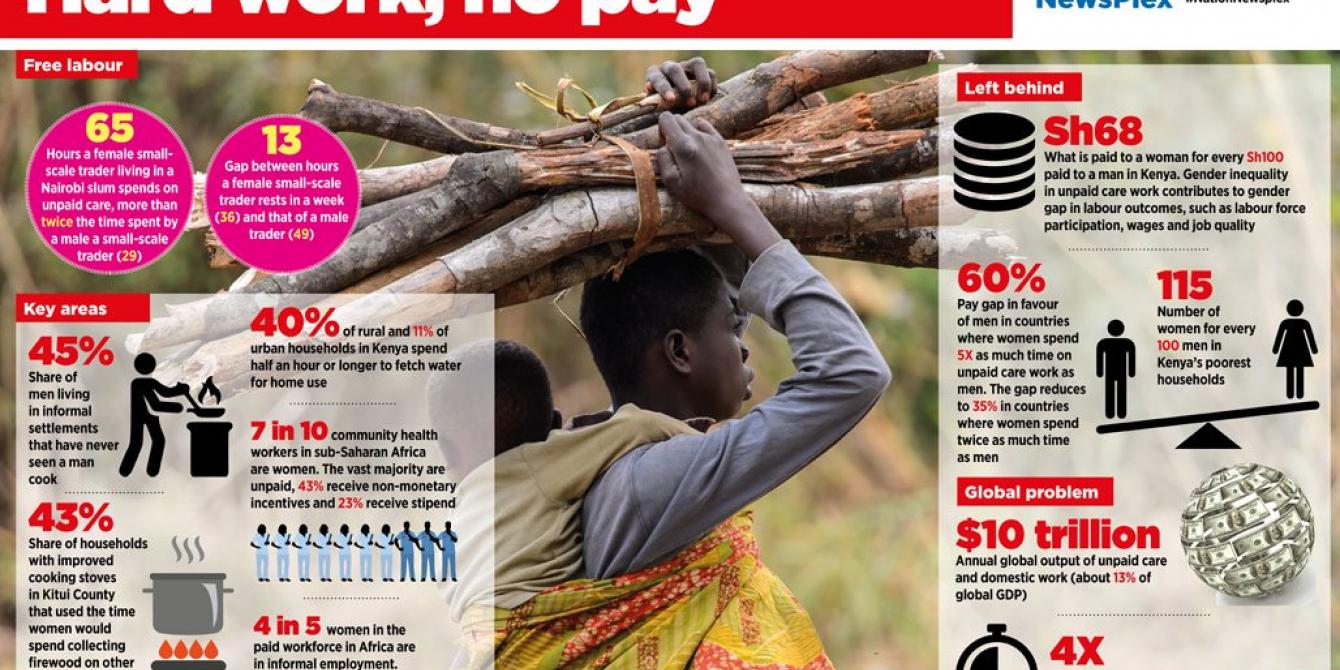 As African leaders congregate for the 33rd Ordinary Session of the Assembly of the Heads of State and Government of the African Union next week (February 9 -10), Oxfam will be pitching tent in Addis Ababa to lobby them to make women’s work count.

Among the millions of African women whose message will be carried to the summit is Jane Muthoni, a 53-year-old community health volunteer in the informal settlements of Kawangware in Nairobi, Kenya who despite her dexterity in juggling between family chores and other responsibilities and interests believes that women deserve a better deal. “There is this time I felt like my system was going to shut. When I went to the hospital the doctor told me I was not sick but had to take a rest or I would collapse and die,” she tells Kenya's leading local daily, the Nation, referring to a near-fatal experience of burnout.