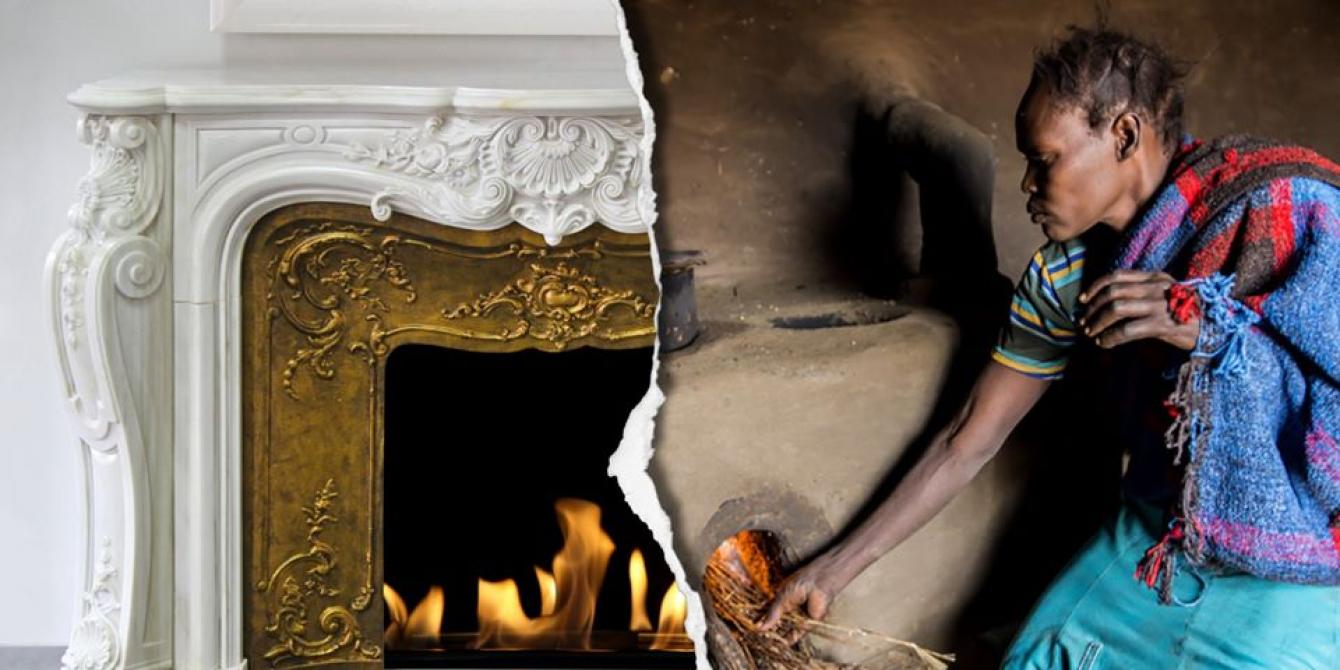 The 22 richest men in the world have more wealth than all the women in Africa, reveals a new report from Oxfam today ahead of the World Economic Forum in Davos, Switzerland.

Global inequality is shockingly entrenched and vast, and the number of billionaires has doubled in the last decade. The world’s 2,153 billionaires have more wealth than the 4.6 billion people who make up 60 percent of the planet’s population. Oxfam India CEO Amitabh Behar, who is in Davos to represent the Oxfam confederation this year said: “The gap between the rich and poor can't be resolved without deliberate inequality-busting policies, and too few governments are committed to these.”

Oxfam’s report, ‘Time to Care’, shows how our sexist economies are fuelling the inequality crisis —enabling a wealthy elite to accumulate vast fortunes at the expense of ordinary people and particularly poor women and girls:

“Our broken economies are lining the pockets of billionaires and big business at the expense of ordinary men and women. No wonder people are starting to question whether billionaires should even exist,” Behar said.

“Women and girls are among those who benefit least from today’s economic system. They spend billions of hours cooking, cleaning and caring for children and the elderly. Unpaid care work is the ‘hidden engine’ that keeps the wheels of our economies, businesses and societies moving. It is driven by women who often have little time to get an education, earn a decent living or have a say in how our societies are run, and who are therefore trapped at the bottom of the economy,” added Behar.

At the Africa World Economic Forum, Oxfam’s report ‘A tale of Two Continents’, showed that economic and social policies are not only exacerbating financial inequality, they are also entrenching gender inequality. In Africa most of the unpaid care work is carried out by women and girls —this is largely because of persistent sexist beliefs.

The report showed that:

Women do more than three-quarters of all unpaid care work. They often have to work reduced hours or drop out of the workforce because of their care workload. Across the globe, 42 percent of women of working age cannot get jobs because they are responsible for all the caregiving, compared to just six percent of men.

‘Time to Care’, shows governments are massively under-taxing the wealthiest individuals and corporations and failing to collect revenues that could help lift the responsibility of care from women and tackle poverty and inequality.

At the same time, governments are underfunding vital public services and infrastructure that could help reduce women and girls’ workload. For example, investments in water and sanitation, electricity, childcare, healthcare could free up women’s time and improve their quality of life.

“Our economies are rigged in favour of the rich - who are mostly men. Coupled with gender norms on the continent, a greater portion of unpaid care work is allocated to women and girls - especially as public services continue to fail. If African governments do not invest in building universal and quality public services, Agenda 2063 will remain an agenda when we get to 2063,” said Peter Kamalingin, Oxfam’s Pan Africa Programme Director.

“It is my hope that as African governments meet in Addis Ababa, Ethiopia early next month, concrete steps will be taken to back a transformation towards decent and dignified work that protects the rights of workers. An Africa Policy brief on unpaid care work is set to be launched at the 33rd Africa Union Summit. The brief has been drawn from research collected across Africa including from Kenya, Uganda, Tanzania, Ethiopia and Zimbabwe,” added Peter.

Download ‘Time to Care’, a methodology document outlining how Oxfam calculated the statistics in the report and the dataset.

Download ‘A tale of two continents’: fighting inequality in Africa released at the Africa WEF.

See the interactive online report summary of ‘Time to Care’

Oxfam’s calculations are based on the most up-to-date and comprehensive data sources available. Figures on the share of wealth come from the Credit Suisse Research Institute’s Global Wealth Databook 2019. Figures on the very richest in society come from Forbes’ 2019 Billionaires List. Billionaire wealth fell in the last year but has since recovered.

Oxfam is part of the Fight Inequality Alliance, a growing global coalition of civil society organizations and activists that will be holding events from 18-25 January in 30 countries, including India, Kenya, Mexico, Pakistan, South Africa, Uganda and the UK, to promote solutions to inequality and demand that economies work for everyone.