A ‘new’ Sudan is imperative 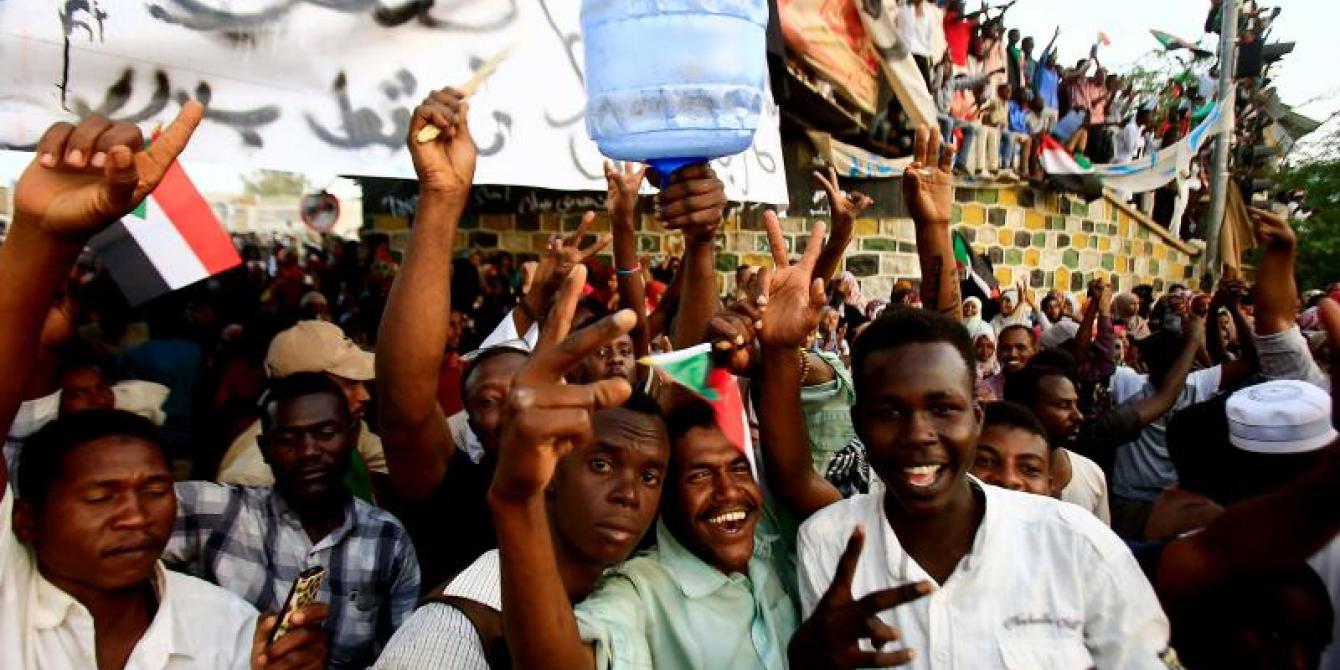 The last four months, and most importantly the past week, have made history in my country, Sudan.
In numbers, voice and collective righteous anger, I witnessed women, men and children flock the streets of Sudan’s capital, Khartoum, and across the country demanding for change, undeterred even in the face of violent retaliation from security forces.
As a result, on April 11, 2019, the president we have all known for the past three decades, Omar al Bashir, was forced to leave office, placing Sudan at a political crossroads. Sudanese have now to choose between a new military regime and laying the foundations for a civilian-led democratic Sudan.
Despite Al Bashir’s removal, women and men are refusing to leave the streets before they see a civilian government capable of laying the foundation for a democratic transition.
For many Sudanese, these developments are historical and an uprising against years of deep structural economic, political, and social injustices that have held the country at ransom.

Since its independence, Sudan has been in a deadly cycle of ethnic division, poor governance and a spiralling economy. Unequal distribution of national resources and power have left many Sudanese living like second-class citizens in their own country.
For example, in 2003 in Darfur, years of marginalisation and bias towards certain groups led to deadly decade-long war between armed groups and the government. Hundreds of thousands of people died and millions others were displaced. The war also spilt over into neighbouring Chad pitting the two countries against each other for years.
All these put together with frequent local conflicts and drought have led to a protracted humanitarian crisis. As of March 2019, the UN estimated that 5.7 million people across the country, or 13 per cent of the total population, were food insecure.

Close to two million people are internally-displaced and another 1.2 million refugees, mostly from South Sudan, live in the country.
International support has reduced significantly particularly due to US-imposed sanctions. Even with their partial lifting in 2017, Sudan has still struggled to attract much needed foreign direct investment into the economy.
Additionally, a huge chunk of its national and export oil revenue was lost when South Sudan seceded in 2011 and with it more than half of the oil reserves.
The government had only the IMF to turn to, which in turn imposed an unfavourable austerity program that included cutting food and fuel subsidies, plunging more people into poverty.
According to the World Bank, Sudan’s poverty rate by November 2017 stood at a staggering 36 per cent. It is worth noting that the latest round of IMF-imposed austerity sparked the latest protests that led to the downfall of Al Bashir.
A ‘new’ Sudan is imperative

The cycle of military rule of Sudan must be broken if the country will truly progress. All efforts need to be exerted to ensure an inclusive and democratic transition of power.
The people’s will must be respected and upheld through ensuring the representation of all groups which, participated in the mobilisations in the transitional government. People’s fundamental rights of expression and assembly must be respected.
We should also not forget that these protests are an outright refusal of austerity that does not prioritise people’s needs.
These must direct the future socio-economic policies of Sudan that should be based on inclusion and social justice. Otherwise, we risk losing another historic and rare opportunity for long-lasting peace, prosperity and development.
Civic space in the country must also be protected. This time around and unlike previous uprisings, women and youth have largely been the face and voice of Sudan’s civil revolution.
I have been encouraged by the sheer determination of people to self-organize and demand change.
No one should be left behind. The voice of the people, particularly women and youth, should be heard and meaningfully included in political processes and pave the way to ending their systemic under-representation.
A stable Sudan based on social justice and fundamental human rights is crucial for the region. South Sudan has worked with Sudan on brokering its latest peace deal.